5 Keys to a Quicker Quick Lube 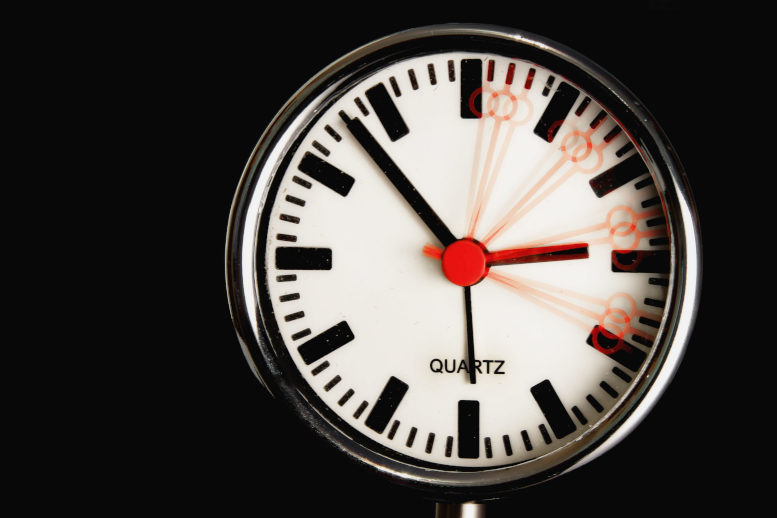 This story was originally published in National Oil and Lube News, December 2019.

Quick lube operators grapple with space and time to maximize their shops’ efficiencies. A tweak here or a change there creates a little extra time. It all adds up, and time is money after all.

Bill Floyd, who runs the Lucas Oil Centers in Evansville, Ind., knows these metrics well. He says he’s always working on ways to gain a little more time or save a little more space in pursuit of better car counts.

“At the end of the day, that could be the ability to process more cars,” Floyd says. “All those seconds add up to minutes, and the minutes add up to an hour.”

Floyd, who is also the board president for the Automotive Oil Change Association, shared with NOLN his process behind five major parts of his shop’s routine that have made big differences.

The driveway lot might be the most valuable real estate for getting ahead of the service process.

When cars line up in front of Floyd’s three bays, he sends someone out to begin the service process. It’s more than just a greeting and basic customer information.

“We’re actually using the staging area prior to oil changes,” he says. “Whether that’s the next car in line or two cars deep in line. Time is money, and car count is part of your time management.”

One of the first things a courtesy tech will do after greeting the customer is mark the window with a washable marker. That helps everyone else adhere to the “first in, first out” policy that governs the lines at Lucas Oil Centers.

By that time, the customer should be on their way to the lobby to get fully checked in at the counter. One benefit is that it allows the tech to move cars according to the system. It also gives the courtesy tech room to do some preliminary checks or begin a flush service.

“At the same time, the technician or whoever moves the cars, has already popped the hood. They’ve already noted the mileage on the odometer. They’ve noted any check engine lights,” Floyd says. “By doing that ahead of time, we’ve found that 45 seconds or a minute’s worth of time savings just adds up to cars at the end of the day.”

Now the car is in a bay, ready for the bread-and-butter oil change service. Early on, Floyd says that his shop had one layout flaw that made techs move a bit slower.

He had shared computer stations at first. That created a bottleneck in the service process, so he decided to go with one per bay.

“It’s worth it to invest in additional workstations per bay. We intentionally have put a complete setup with computer, sticker, printer per station, per lane, per bay,” he says. “The location of them, the proximity, is intentionally toward the driver’s door. So you’re looking at the window and see the VIN rapidly and see the hood.”

Floyd focuses on is keeping techs in their areas as much as possible. It’s just a constant reminder not to stray too far from the system. Each piece relies on the other.

When it’s time for the car to leave the bay, there better be a fresh car coming in on the other side. That’s a typical rule for shops, but Floyd says the process also doubles as a part of the inspection process.

The tech who just pulled a finished car out of the bay and is guiding a new one inside should be checking the headlights, blinkers and anything else that can be seen from the front. Light replacements are a welcomed safety service and have good margins, Floyd says.

If all goes right, the actual oil change might be the quickest part of the process. And it repeats throughout the day.

The process of training, honing and changing a shop’s process is constant, no matter how efficient it is. The education stage can be continual because there are almost always new techs to train.

Floyd says this presents an opportunity for overall shop development. If the workflow is constantly being taught to someone, then it’s constantly under review.

“Unfortunately, because of people changing and turnover, it sort of requires that we’re constantly working on it,” he says. “And we still are getting better.”

Shops also manage different key performance indicators depending on how the day is going. When there’s a huge line of cars waiting outside of the shop, then the priority is going to be on getting them in and out. Car count reigns supreme, and it’s often the main figure that quickly describes a shop’s output.

“Your processes should be done identical every time,” Floyd says. “But there’s a direct correlation that a really busy packed day is not going to have as good of a ticket average as a slow day.”

One efficiency factor Floyd has been working on in his shops isn’t related to the labor workflow. It’s in how he’s crafted his shop layout. As customers and OEM recommendations are asking for a wider variety of oils, it’s becoming more economical to add more bulk tanks.

“So you have more products in your dispensing console,” Floyd says.

But each tank is smaller. Where he once had a couple 500-gallon tanks, there might be a few 150- or 200-gallon tanks with various types. Perhaps customers will respond to having more options for conventional or synthetic at a certain grade level.

“Your tank farm is growing even though your viscosity isn’t, necessarily,” he says.

It’s up to each shop operator to analyze their oil sales to see what inventory might be suitable for smaller bulk storage, and some cost savings might be seen there.

There’s another, more substantial change that Floyd swears by: a fourth bay.

His fourth bays are reserved for some of the more time-consuming additional services, as well as some others where inventory can be close at hand. That’s where they perform transmission flushes, serpentine belt replacements, battery replacements and air conditioning service.

It’s an investment that can be limited to a shop’s lot size, financial abilities and other factors. But if possible, Floyd endorses the extra bay.

“Moving forward, I won’t build another store without that fourth bay,” he says.

While additional services might bring new revenue opportunities to a shop, they can also extend service times.

At his shops, Floyd decided that offering tire rotations would be a good fit for his service menu. At first, there was an equipment investment that helped maximize efficiency, because it meant that everything could be done there in the bay. He wanted to help prevent adding time even though he was adding a service.

“We put pit lifts on every bay,” he says. “Because of the number of synthetic oil changes that continues to grow and the long drain intervals, rotations need to be done.”

The change helped to speed up the process, maximized labor and helped out the upper bay techs from doing all themselves.

“They speed the process up, and it kills the fatigue for one guy,” he says.

National Oil and Lube News is the leading progressive media brand exclusively serving oil change and quick automotive maintenance shop owners and operators through examining in-depth real world challenges, successes and solutions from the industry. It provides our readers and users the inspiration, tools and motivation to help them succeed in the auto care center industry.