In with the Old Marketing 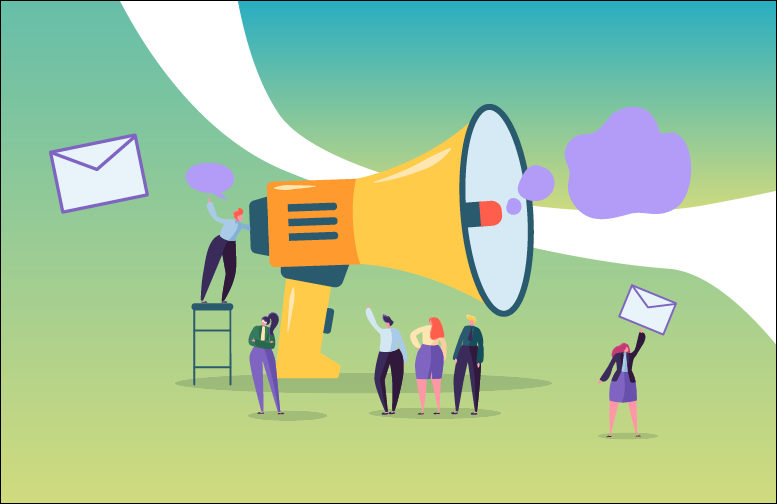 That’s great! You’re prepping your operation to cater to typically younger customers who will stay with you for years to come.

But you’re still not reaching everyone.

Take Reliable Oil and Tire Center of Kankakee, Ill. for example, where Jason Hastings has run his operation for 20 years at the edge of an urban area with around 100,000 people. He says they’ve run the marketing and promotional gambit, including radio ads, newspaper, first-time customer discounts, loyalty discounts and word-of-mouth incentives.

“It all worked OK,” Hastings says. “None of it was great.”

Reliable Oil and Tire Center boasts a repeat customer rate of around 90 percent. He attributes that to one form of outreach.

When you’re looking to invest in your shop marketing to boost retention, don’t immediately discount platforms that have been deemed outdated. This month, NOLN took a look at two platforms that are still working in 2021.

It’s not about just reaching older customers. It’s also not about restricting yourself only to older forms of marketing, like mailers or telephone services. Operators like Reliable Oil still place resources into digital and social media marketing platforms.

It’s about meeting all your customers where they are and in ways that they consume information.

Often viewed as an outdated mode of communication, physical mailers are still very relevant in the marketing space—particularly for small businesses.

Direct mail is one of the largest advertising channels in the United States, representing around $38.5 billion in annual spending, according to data compiled by Postalytics. Response rates are increasing year over year, and some research suggests that physical mailers are opened much more often than email.

Hastings says that direct mail has provided a better ROI than other forms of marketing. He actually saw a sharp drop in traffic when he paused mailings.

“For a year or 18 months, we quit doing mailings,” he says. “And it was a drastic drop. And within six months of doing the mailings again, you could see the steadiness coming back up.”

Hastings has a regular formula for his mailings. First, they only go out to customers who have been to the shop for service. That gives him an early advantage with his target audience, because he’s contacting people who know the brand and have received good service.

Every three months or 3,000 miles, he simply sends out a reminder card. It works. Hastings says that customers are busy, and the tone has the feel of a friendly reminder rather than an aggressive sales pitch.

“They get that card and they say, ‘You know what? They’re right. I do need one,” he says.

Hastings is deliberate about the timing, too. These days, his mail reminders are competing against oil life monitors, and it can be important to reach customers before that monitor does. In an industry with high competition and high convenience, you want customers to think of your shop before the oil life monitor chimes as they’re driving by a competitor.

“It’s about staying fresh in people’s minds,” Hastings says. “The mailers seem to be a hot ticket because they actually get that postcard.”

It used to be much more common to blanket an area with mass mailers—a postcard in every box.

In search of higher ROIs and more tailored messaging, the mass-mailer strategy hasn’t been as popular. Indeed, even as mail marketing grows, overall mail volume has dropped, according to the USPS.

Using more robust data, marketers are able to get much more targeted with their mail lists. The result of more bang for the buck, so to speak.

You can target an audience based on basic indicators like income levels and geographic region. But audience lists can also be created for groups like new homeowners or renters. It’s all about finding creative ways to target your ideal customer base that matches the mode of communication.

“Let’s say a customer comes in three times per year. Well now he might come in 3.5 times or 4 times,” Hastings says. “Five hundred people one more time per year can help your averages. For a small shop like me, it might be the difference between getting by or turning the profit.”

Sure, every shop likely has a telephone on the back wall. But how effectively are you using it? The telephone could be a marketing tool without anyone having to pick up the line.

Andrew Begnoche is the director of operations at Holdcom, which pioneered the “message on hold” marketing space. That means the company creates the voice messages that a caller hears while waiting on hold.

“We kind of broke ground with that,” Begnoche says. “And in some ways we felt like a message on hold was the foray into social media. And what I mean by that is it was the first real professional product that customers could change on a frequent, almost ad hoc basis as they needed it for the business.”

As technology evolved, the message on hold marketing strategy has remained as a growing method for Holdcom, Begnoche says. But in addition to the marketing strategy, he says that shops could benefit from bringing the telephone to a different platform entirely.

The core of Holdcom’s business is the creation of voice messages that play while a customer waits on hold. The idea is simple enough, but crafting an effective message is what makes it successful.

Begnoche says it’s continued to be popular because it’s a marketing tool that’s scaleable, affordable and highly customizable. The key to an effective message is to try and get the caller to want to ask more once they reach a person after the hold period.

“Do it in a way where it’s bringing them into the description of what’s happening in the messaging and asking questions and putting out some teasers of information that will engage the agent on the phone,’ Begnoche says.

The service can also be effective by answering frequently asked questions, announcing seasonal promotions or reminding customers of little-used services.

Begnoche says that one new technology that could have a big impact on small businesses is a new platform for telephone service—the internet.

Voice over internet protocol (VoIP), is simply that. It handles calls over an internet connection but is still routed through normal telephones.

Begnoche says that this is the most cost-effective platform to make a phone system work for a shop. More than hold messaging, the technology can support a range of automated features.

“Especially small businesses,” he says. “The power of having an expensive phone system for $20 per month. Now they can have an auto attendant, and they can give directions.”

VoIP systems can allow users to more easily forward calls to a mobile device, manage multiple callers and add automated features. That would require many telephone lines under a traditional setup.

“It just gives them flexibility,” Begnoche says. “It allows them to really craft their phone system in a way that they were never able to do before.”

Matt Hudson is the associate editor of National Oil and Lube News. He’s owned a few cars, but his favorite was a 1995 Oldsmobile 88.

National Oil and Lube News is the leading progressive media brand exclusively serving oil change and quick automotive maintenance shop owners and operators through examining in-depth real world challenges, successes and solutions from the industry. It provides our readers and users the inspiration, tools and motivation to help them succeed in the auto care center industry.